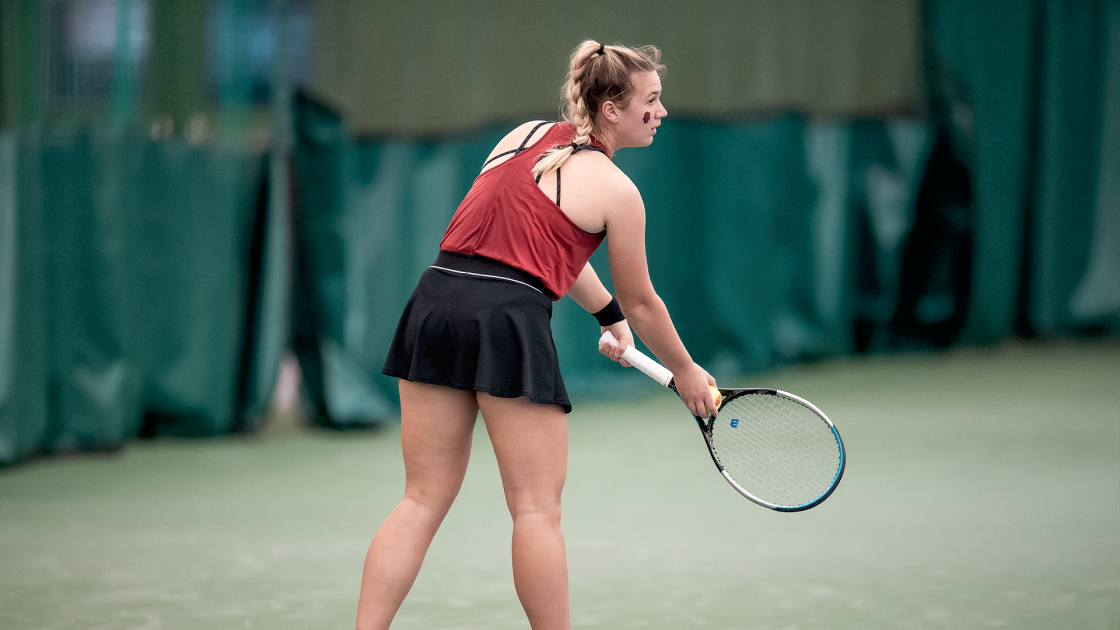 FAYETTEVILLE, Ark. – The No. 36 Razorback women’s tennis team (10-3, 3-0) continues to play against Southeastern Conference play this weekend, hosting No. 45 South Carolina (7-6, 2-2) Friday and No. 16 Florida (10-4, 2-2) Sunday. Friday’s game against South Carolina will air on Cracked Racquets as part of their SEC Tennis Redzone coverage.

The Razorbacks improved to 10-3 this season winning their sixth straight game after defeating No. 44 Vanderbilt (4-3) and No. 52 Kentucky (6-1) last weekend. Arkansas is off to its best start in SEC play since 2017, going 3-0 this season so far.

In first place Arkansas, graduate Tatum Rice had a dominating weekend earning two ranked singles wins and picking up the win over Vanderbilt to be named SEC Player of the Week. In doubles, No. 28 Rice and partner Morgan Cross helped Arkansas earn its sixth straight doubles point with a victory over Kentucky. Arkansas has now won the doubles point in each of its ten wins.

South Carolina has No. 2 singles player Sarah Hamner who was previously ranked No. 1 at one point this season. Hamner is 26-4 overall this season, after winning a sixth straight game and going 18-4 against nationally ranked opponents. They also have two other singles players ranked in 66th Ayana Akli and 85th Elise Mills. In doubles, Hamner teamed with Megan Davies, earning victories over the No. 10 Tennessee team and the No. 62 Georgia team.

Florida is coming off two wins over No. 16 Tennessee last weekend and UAB on Wednesday. They have two SEC losses this season, to No. 8 Texas A&M and No. 23 Georgia. The Gators are led by No. 32 McCartney Kessler who is 4-0 in conference singles play, including three against ranked opponents. The No. 6 doubles duo are also Gators, Carly Briggs and Marlee Zein have lost two games this season against nationally ranked opponents and are coming off two wins.