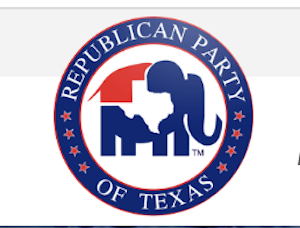 Everyone is focused on the Texas Republican Party’s new platform that calls homosexuality an “abnormal lifestyle choice,” but they’re also officially calling for a state referendum on secession. Their official position is that we should vote on the breakup of the United States. https://t.co/E44OeWgDaZ

Called for a statewide referendum on secession from the United States.

Voted to end all legislative control over the “right to bear arms”.

Requires school children to learn that life begins at the time of fertilization and to be shown ultrasound procedures, fetal development images, and other instructions supporting opposition to abortion.

Call for the repeal of the Voting Rights Act of 1965.

The war now, a state official said, is between patriots (Republicans in Texas) and traitors (anyone who disagrees with them).

The Texas Tribune article explains that party platforms, like this one, are mostly political tools, without the force of law, and that extremists tend to dominate these gatherings. But much of that work has been or will be reflected in acts of the Republican-controlled Texas Legislature, just as the Arkansas Legislature has come to embody the same extremism.

Yes, the United States could be better off without Texas and a few other similar places.