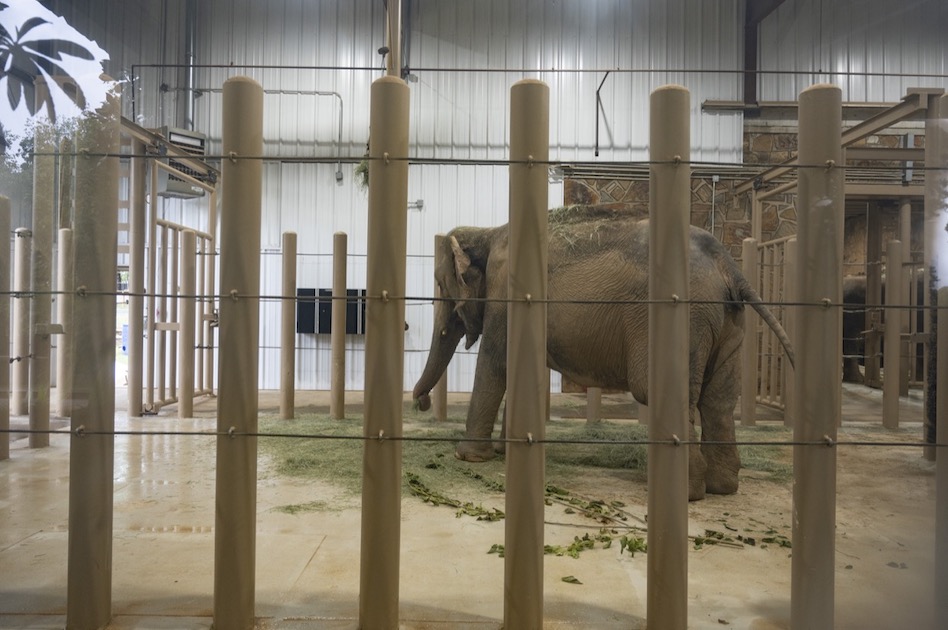 Zoo upgrades on the horizon, shades of elephants are first

Zina, Babe and Sophie, the three “old lady” elephants of the Little Rock Zoohave something new to look forward to – two shaded structures are coming in the next few months, zoo director Susan Altrui said.

The Little Rock Board of Directors approved funds on August 16, approximately $61,000 for the construction of two large fabric structures that will cover a good portion of the elephants’ yards. Funding for the project comes from the city’s three-eighths of a cent sales tax, and Altrui said the blinds were the cheapest option available.

“We need to update facilities to modern zoological design and exhibits and attractions that people want,” Altrui said. “It’s a zoo that I’m proud of, it’s a zoo that’s beautiful, but it’s not a zoo where tourists come.”

In April 2022, a nasty storm rolled through Little Rock and damaged various parts of the zoo — it was so rough that Altrui said she thought a tornado was coming. A large tree that once stood in the elephant enclosure crashed into the nearby men’s toilet and through the tiger exhibit, bending its fence slightly. The tree provided natural shade, but without it the elephants spent more time in their covered building where it is cooler.

This shade is important for improving animal welfare and making them more comfortable in the Arkansas heat, Altrui said. Elephants aren’t necessarily sunburned like humans because they lift up dirt and grass to cover their skin, but they still feel the effects of high temperatures.

The elephant enclosure has two large yards with tires, logs and grass for the animals to play with. Due to the social dynamics of elephants – Babe and Sophie are best friends, but Zina and Sophie don’t get along – the separation is important. Two shaded structures are necessary in part because of this tricky roommate situation.

The structures will be triangular, one with the dimensions of 25 feet by 25 feet by 35 feet and four inches. This awning will be placed near the zoo’s Café Africa, in the courtyard most often used by Babe and Sophie. The other is slightly smaller, at 20 feet by 20 feet by 28 feet and three inches. This will go into Zina’s courtyard, partially overlapping an already existing structure.

Altrui has worked at the zoo for over 15 years and has been its director for five. During her leadership, she advocated for the funding of zoos. The zoo will receive its $12.3 million allocation as part of the city’s bond mileage election, which passed Aug. 9. These funds will come in over the next two decades and will be primarily used to improve habitat enclosures for the benefit of animals and zoo visitors, Altrui said.

While $12.3 million sounds like a lot on paper, Altrui said the money is going fast. The newest animal habitat opened last year, a $1.7 million home for colobus monkeys that includes an animal walkway on the human path and several climbing and play structures.

“For me, it’s not just about meeting the standards, it’s about exceeding the standards,” Altrui said. “Most zoos have exhibits that are much more naturalistic – ones that look much better, that are more like the natural environment the animals come from.”

Improvements to the zoo’s bear enclosure, for example, would give the animals more options to relax and play, which would ultimately improve their quality of life, Altrui said. Additionally, the changes would make bears easier for visitors to observe.

Another improvement on the horizon is an upgrade to the amphitheater, adding permanent cover over outdoor seating, Altrui said. In the past, storms would often tear the fabric shade. An improved amphitheater could expand engagement opportunities for animal ambassador shows — where handlers provide up-close views for educational purposes — and even be a venue for weddings or private concerts, Altrui said. . Funding for this project is not yet secured.

Jackson Brown Palculict Architects did the rendering, and it’s “beautiful,” she said. “It’s done in a kind of Fay Jones style of architecture – very natural, blends in with the natural surroundings.”

“Spider Monkey Island” also needs upgrading, as it “literally falls on itself architecturally,” Altrui said. Plans aren’t final, but she said it’s likely a new species will come to the zoo.

While improving the aesthetics of the zoo, Altrui said she is also focusing on improving educational opportunities. In 2023, the zoo plans to open the Conservation Learning Center, a privately funded facility that will offer activities for toddlers and toddlers on one side and educational STEM activities for older children on the other. ‘other. Programs will be offered to the public through scheduled events, and also available through reservations.

A new collared lizard habitat in front of the learning center recently opened through a partnership with the Arkansas Game and Fish Commission. Altrui said the zoo is raising the colorful species for restocking in the Ozark Mountains, and 20 hatchlings have already been born.

“Parents are much more sophisticated these days,” Altrui said. “When they go to things like a zoo or a museum, it’s not just for entertainment. They also want educational value in what they do with their children. We have to keep that in mind – it’s not just about that, it’s also about conservation and learning.