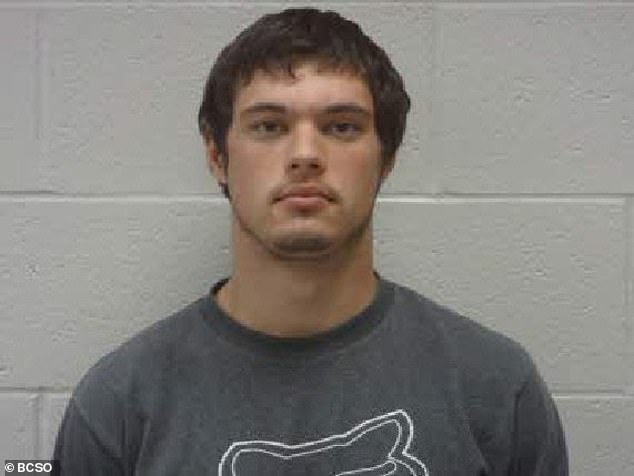 The son of the serial criminal of a U.S. Representative from Arkansas is back in jail after being arrested for transporting methamphetamine while on probation for past drug convictions.

James Womack, 34, was arrested at his home in Rogers on Wednesday after he was seen trying to hide a container with suspected methamphetamine when police arrived at his home for a probation house visit, according to Fox 16.com.

The parolee argued to authorities that he took methamphetamine and did not sell it while in custody, their arrest report noted.

Womack is currently in Benton County Jail on bail set at $15,000.

The 34-year-old is no stranger to the criminal justice system as he was previously arrested in 2018 and later sentenced to nine years in prison for several drug and gun offences.

He was released in early 2020 due to COVID restrictions aimed at emptying prisons of non-violent offenders as the outbreak began to escalate, but now appears to have re-offended.

“Like so many families across this country, our family struggles with the addiction of a loved one.

Our son’s most recent arrest adds to that pain,’ Steve Womack said in a statement at the time.

He continued, “We absolutely love it; nevertheless, as an adult, he is responsible for the choices he has made.

We honor and respect the criminal justice system that will decide his fate.

In 2012, Womack was arrested multiple times for breaching his parole after being jailed in Benton County Jail for selling six grams of methamphetamine in 2010, according to 5 News.

↯↯↯Read more on the subject on TDPel Media ↯↯↯