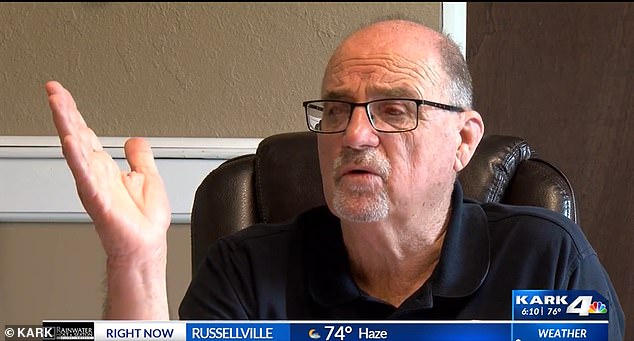 A white Arkansas sheriff has sparked controversy after he was caught pinning a shooting on ‘black people’, refusing to apologize and admitting he had used racial slurs and the N-word in the past – claiming that “everyone does it”.

Prairie County Sheriff Rick Hickman is in hot water after a recording of the call with the county communications center dispatcher following a shooting that left three people dead was released this week by KARK.

In the call, the operator can be heard relating where the shooting happened.

“The house next to the apartments,” she tells Hickman, who replies: ‘Oh really. Blacks then.

“I said where. Was it the blacks in the apartments? Because those apartments are all black where it happened,’ Hickman told KARK on Tuesday, while saying he’s not racist.

“No, because those black people live there – that’s why I asked,” he said. “Nothing racist there.”

It turns out the shooting victims and suspect were white and it happened in a house, not apartments, the station reported.

Scroll down for video

Prairie County Sheriff Rick Hickman (pictured) is in hot water after a recording of a call with a dispatcher was released following a shooting that left three people dead. 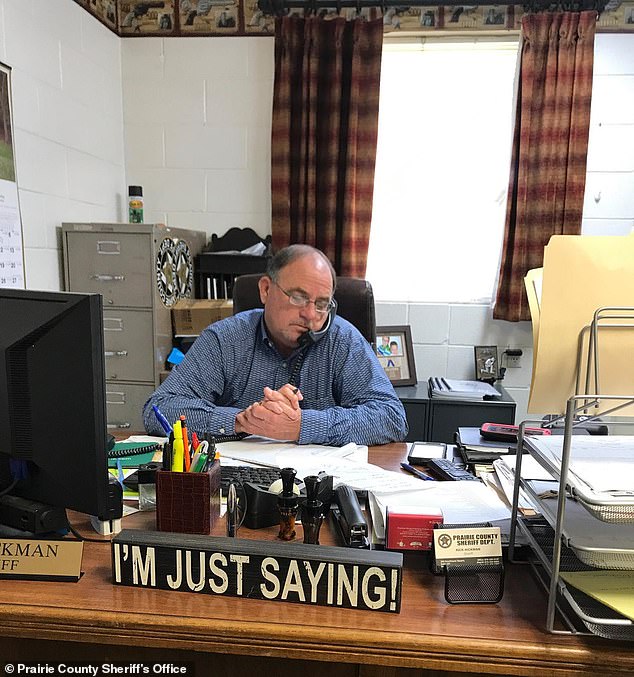 The operator is heard relaying where the shooting happened. “The house next to the apartments,” she tells Hickman (pictured), who replies, “Oh, really. Blacks then 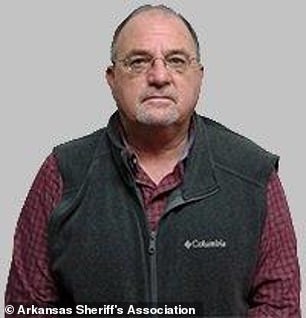 The call angered black residents of the small Arkansas town, who said Hickman’s comments were concerning – but the sheriff is unapologetic and says he was just being pragmatic.

The shooting is currently being investigated by Arkansas State Police.

Hickman, a Republican in office for six years and running for re-election, says the appeal is being used against him by former employees for political reasons.

Hickman says he cannot understand where the concern about his statements is coming from.

But the sheriff admitted to using racial slurs in the past, saying it was something “everyone does”.

“Probably, in the past, but you know it is what it is. Everybody does it,” Hickman said. “I don’t use the N-word much but sometimes I might have said it.”

Despite his past use of racial slurs, Hickman stands firm he’s not racist, but black Des Arc resident Jimel Brown (pictured) isn’t buying it “That doesn’t sit well with me,” Brown said.

It turns out the shooting victims and suspect were white and it happened in a house, (pictured) not apartments

Despite his past use of racial slurs, Hickman remains firm on the fact that he is not racist — something Jimel Brown, a black resident of Des Arc, does not believe.

“That doesn’t sit well with me,” Brown told KARK. “He’s not someone you would want to represent your city, protect people, serve people.”

This isn’t the first time an Arkansas sheriff has been accused of racism over a leaked tape.

In 2020, Arkansas County Sheriff Todd Wright abdicated his post after a five-minute recording made secretly by his girlfriend Desiree Middlebrooks was widely shared on social media, in which Wright was heard nine times in using the N word.

The taping was apparently made months earlier when Wright was reportedly upset that Middlebrooks spoke to the employee.

In a Facebook post, Wright acknowledged it was his voice in the recording, saying “To anyone I’ve offended or hurt, I send my sincere apologies and will pray for my haters.” 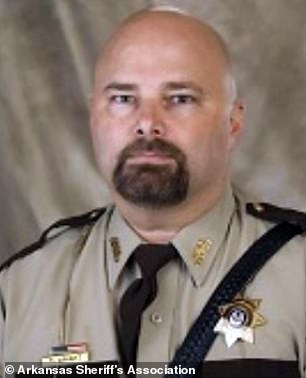 However, the digital apology was deemed insufficient, and a special Quorum Court meeting was held at the Arkansas County Courthouse to discuss Wright’s behavior and introduce a resolution asking for his resignation.

“After watching and hearing the video, I was terribly upset to know that we have someone here who is supposed to care for us, protect and serve to have that kind of opinion about me – I use myself as a race because of my color,” Justice of the Peace Inez McLemore said at the time.

In an address to court, slumped in his chair, Wright blamed his behavior on the devil, insisting he is not racist and was angry with Middlebrooks at the time for missing the funeral of his friend, who was black.

He also mentioned many of his black constituents with whom he claimed to have formed close ties.

‘I am a Christian. I read my Bible every day,” Wright said. “I am in no way a racist. This video does not show the real image of me.

However, the crowd, including a woman who identified herself as the aunt of the black employee targeted by Wright’s racist vitriol, did not believe him.