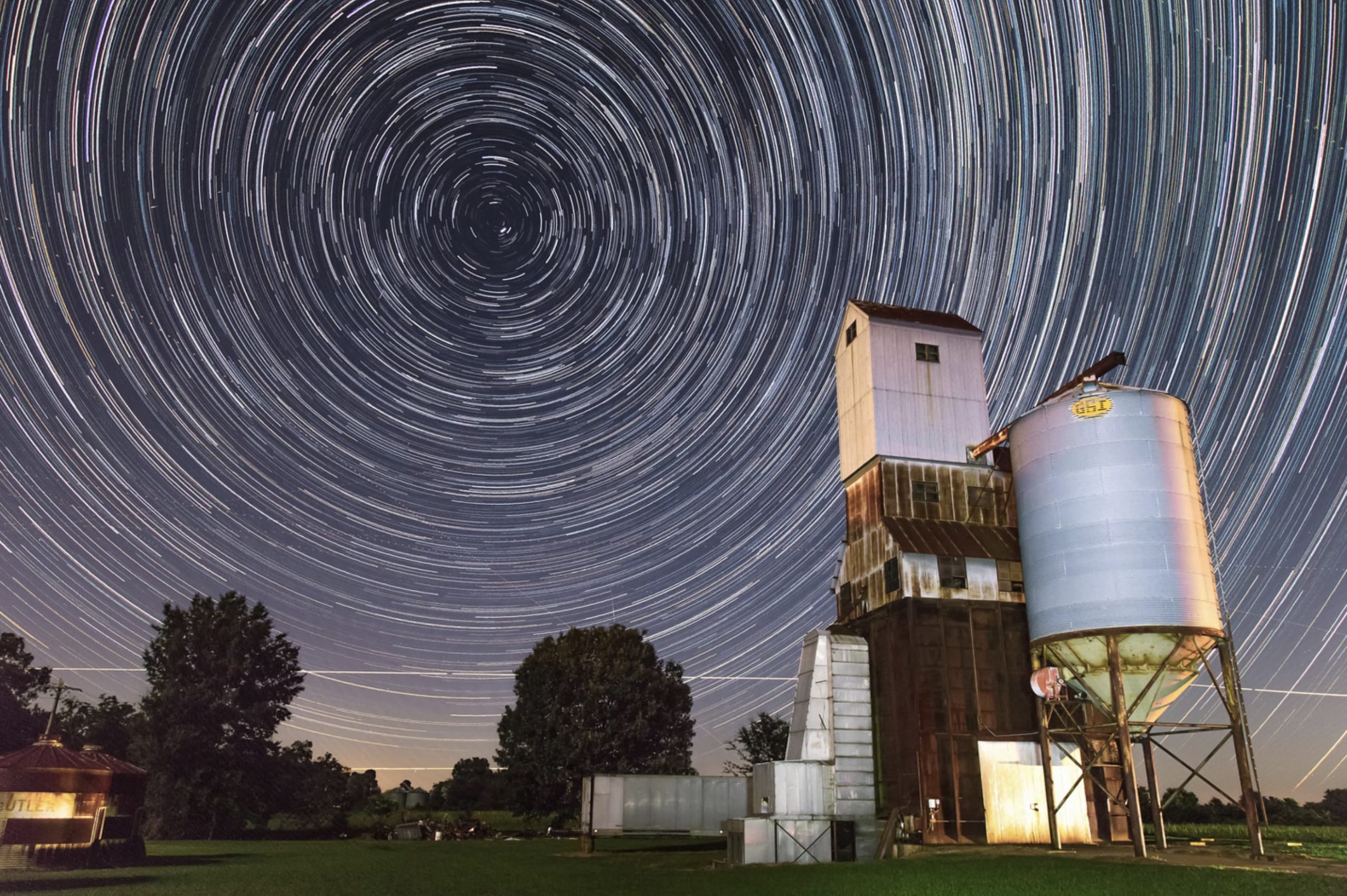 We kind of blinked and missed photographer Brian Cormack’s photography exhibit in “Intruders In The Dirt: The Architecture and Landscape of the Arkansas Delta” while at the Laman Library in September, but they are still in an online portfolio; click here to see them in full glorious resolution.

The 33 photographs were taken over a decade, between 2012 and 2022, on a Canon 6D, Olympus E-30 or Olympus EM-5. “I was allowed to go inside and photograph several important and iconic buildings in the delta,” Cormack told us, “including the Saenger Theater, the Pines Hotel, and the Riceland Hotel. But the show also includes several more humble structures, like isolated, abandoned country homes and churches. The photographs were taken in a variety of different techniques, including infrared photography.

Several of the sites pictured have since been demolished or destroyed since the photos were taken, Cormack said. “The Delta region of eastern Arkansas is an area rich in history and culture. But economic and cultural shifts have resulted in a steep decline in population in many Delta communities. Once-bustling towns now have closed and closed city centers, and many old houses and churches are abandoned and empty. These buildings and places represent generations of lives; of people who have lived, suffered, rejoiced and worked among these ruins. …

Even though I had permission to be there, I felt like I was breaking in. It was mainly because I entered through a broken window, like a thief in the night. The remnants of the wooden planks that once covered the window had already been roughly pushed aside and strewn across the floor among a mosaic of shattered glass, which shattered and cracked as I carefully took the step. It was strange and untrue, like stepping into an unkempt grave.

Beyond was the lobby of a former grand hotel, abandoned for decades. Its current state was harsh, a far cry from the luxurious landmark it once was. The fine marble floors were covered in a thick layer of dust and debris. The stained glass in the skylight had disappeared and the rainwater had been able to flow through the holes in the roof. The marble steps were fractured and crumbling. There was this sweet, acrid smell of rot, and an eerie silence that drowned out the sounds of the street outside. The cool air that was picked up by a current passed through the building with a shiver, like a passing ghost. Above all, there was that pervasive feeling of melancholy that seems to infect all forgotten places.

The hotel was the Pines Hotel at Pine Bluff, which opened in 1913 but closed in 1970. After decades of neglect, it was sold in 2017 and plans were made for its revival. But other buildings in the Arkansas Delta are not so lucky. A few blocks from Hotel Pines is the old Saenger Theater, a crumbling architectural masterpiece. Every year, more and more homes and buildings in the delta are destroyed by arson, bulldozers, or simply the endless assault of gravity and weather on tired structures.

Know the enemy: A contrasting look at Alabama’s game with Arkansas

Hogs and ‘Dogs Up Next for Arkansas Volleyball