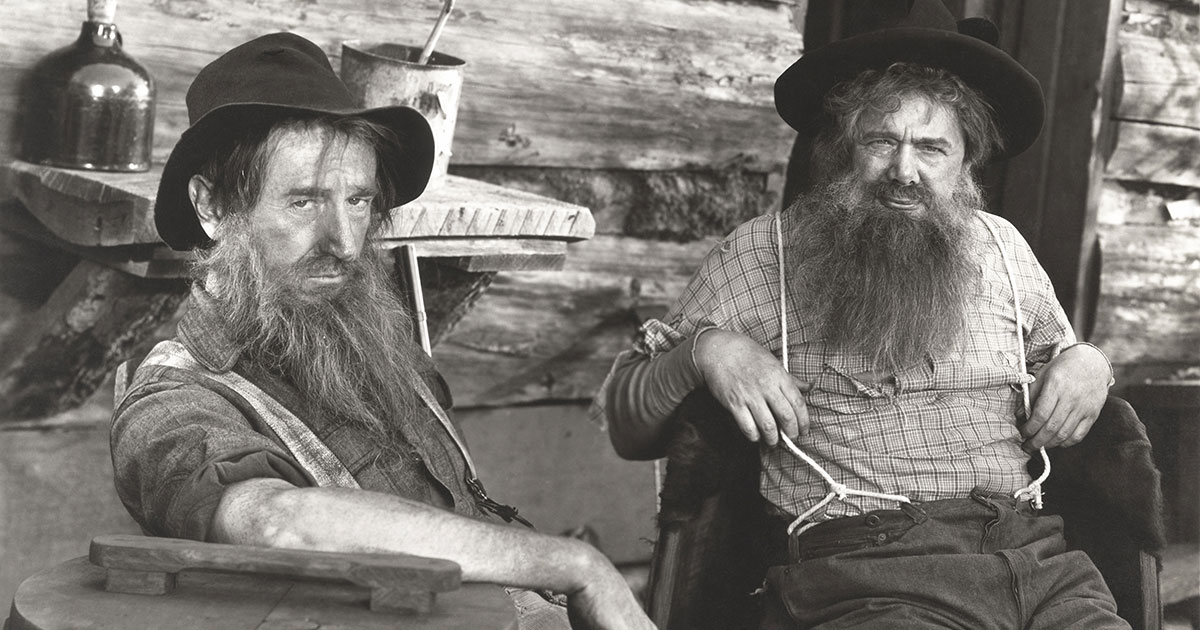 This piece was previously published in the Encyclopedia of Arkansas History and Culture.

Jhe Bullfrog Valley Gang was a notorious counterfeiting ring that operated in the Pope County wilderness during the Depression of the 1890s. The gang’s origin and methods were mysterious, but the New York Times reported its disappearance on June 28 1897. When federal agents converged on the ring and his hideout that day, the gang’s founder and leader escaped with his press, leading to a years-long pursuit through the mountains of Missouri and from Arkansas by a Secret Service agent who had the makings of a Hollywood adventure.

The Times article stated that Deputy U.S. Marshals attached to the Fort Smith Federal District Court had captured three men, breaking up “the once-notorious band of counterfeiters known to Secret Service operators across the United States as the Bullfrog.” Valley Gang”. Previous arrests were reported in Arkansas earlier in the year. A total of 15 men were arrested and convicted in federal courts in Fort Smith and Little Rock. Others, in Arkansas and other states, have been convicted of smuggling play money. A young doctor and his friend in the remote mountain town of Timbo have been convicted of smuggling and paying the gang’s bills.

Counterfeiting was an endemic problem in the South after the Civil War, especially during the severe depression that followed the Panic of 1893. The South did not enjoy the benefits of the national banking system, and currency was scarce. The Arkansas wilderness was home to a number of forgery operations, some in caves in the Ouachita Mountains and in the southwest Arkansas wilderness. None, however, received the notoriety of the Bullfrog Valley Gang.

If Secret Service accounts are to be believed, the leader of the Bullfrog Valley Gang was George Rozelle, who moved from Nebraska to Pope County in 1893 and, within a few years, had printing equipment shipped by road train from Chicago, Illinois. He took the machine to Bullfrog Valley, an isolated and inhospitable valley north of Russellville that was famous as a hideout for highwaymen, bandits and moonshiners. The secluded valley, which follows Big Piney Creek from Long Pool to Booger Hollow, was named for Chief Bullfrog, a Cherokee who, legend has it, settled there after his tribe was forcibly removed from Georgia ( the Trail of Tears) by the Indian Removal Act. of 1830. There, Rozelle established a Mint where he and his associates made counterfeit $5 and $10 banknotes.

The June 28, 1897, article in The New York Times, along with similar ones that week in the Arkansas Gazette and a number of other state and national newspapers, reported that Bullfrog’s network Valley had agents in many major cities across the country. and in Toronto, Canada and Mexico City, Mexico.

The fake money had baffled the government until the Chicago Secret Service office followed a lead on a shipment of supplies to Pope County and tracked the source of the fake money to the infamous Bullfrog Valley. (Four years earlier, The New York Times had published an article about the ambush by moonshiners of six Deputy U.S. Marshals in Bullfrog Valley. Two marshals had been killed, two wounded, and two were missing and presumed to have been kidnapped.)

The Mountain Wave, a Marshall newspaper, commented on the forgery arrests: “Everyone knows where Bull Frog Valley is. The name of Pope County cannot be pronounced without bringing to mind this famous valley. This is where the authentic wild cat [moonshiner] blooms and flourishes as prolifically as morning glories on the back porch of a farmhouse. Three weeks after the Bullfrog Valley arrests, national newspapers ran stories about a Marshal’s arrest of “notorious and desperate outlaw Rhoda Fuller” in Batesville for smuggling counterfeit money, although the stories linked her not to the Bullfrog gang but to another in the mountains of Independence County.

A Gazette article said Bullfrog counterfeiters dodged federal agents operating out of federal courts in Fort Smith and Little Rock by driving back and forth across the Pope-Johnson County line and evading court, but some 15 men had been arrested by August. 1897. Rozelle, who was never mentioned in the articles at the time, manages to flee with her printing press.

A later lengthy article in the New York Times on May 12, 1901, which recounted the Secret Service’s tireless work to track down thugs, finally explained what had happened to Rozelle, though the bureau may have embellished the truth by praising the firmness and cunning. of his men. He reported that the Secret Service learned that Rozelle (that spelled her name Roselle) fled Bullfrog Valley and buried the equipment.

An agent found three men who had provided Rozelle with money and assistance. He discovered the general area where the machine was buried, and he moved there and waited two years. One of the three men weakened from the pressure and was about to surrender the other two when he was killed by a buckshot charge fired through his front window, according to the Secret Service. Feeling safe then, one of the men dug up the equipment one night and the officer arrested him.

The man tipped the agent on Rozelle’s location in southern Missouri, but when the agent got there he was told that Rozelle had moved to Goff Cove in Cleburne County . Rozelle had apparently started farming there under a different name. Several weeks before the agent arrived at Goff Cove, Rozelle apparently fell ill and died.

The agent only found her fresh grave but did not have the body exhumed to be certain that Rozelle was dead.