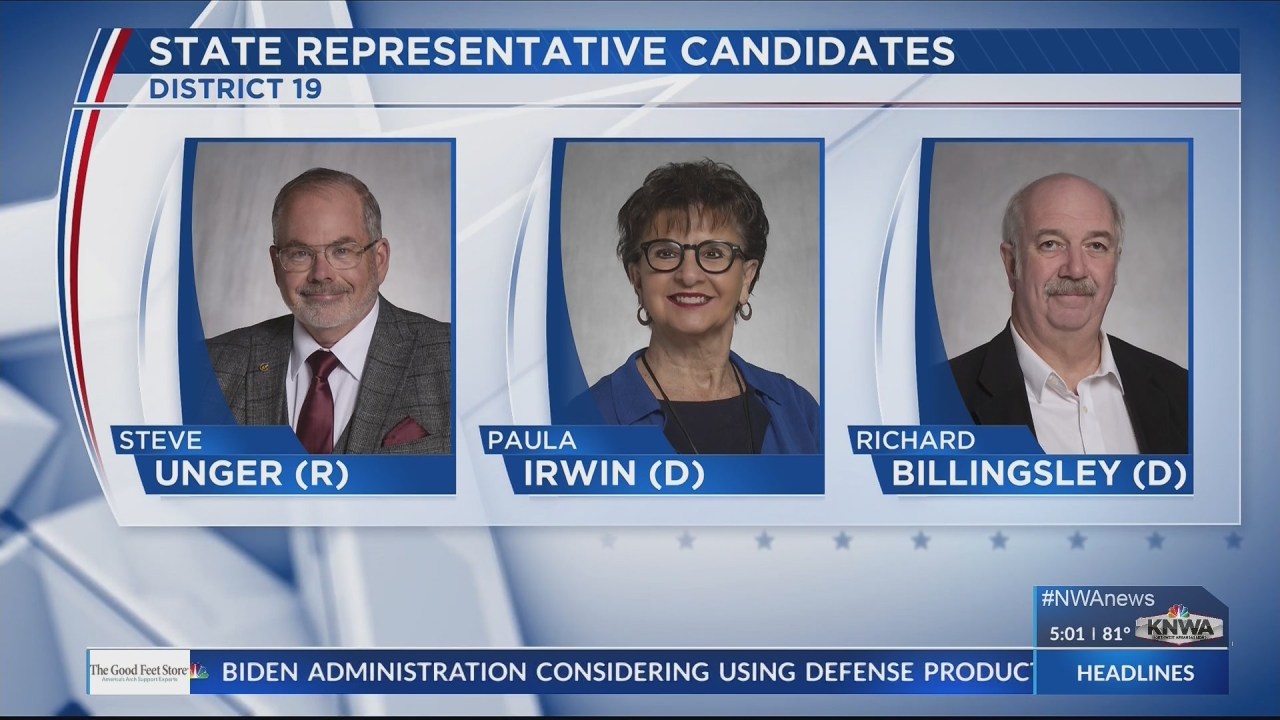 SPRINGDALE, Ark. (KNWA/KFTA) – The primary election will decide who will be on your ballot for the District 19 legislative race in November.

The Republican race has only one candidate, but Democrats must narrow the field.

The state representative race for District 19 has three candidates. A Republican, Steve Unger, and two Democratic candidates, Paula Irwin and Richard Billingsley, making the primaries an important election for them.

Each candidate emphasizes infrastructure. For Unger and Irwin, they hope to advance construction of Highway 4-12 in Springdale.

“I’m excited about some of the road plans and for and frankly, I would like to preserve what’s lovely about this place, including our green spaces and reducing traffic congestion,” Unger said.

The infrastructure Billingsley is most interested in is building our rail system, creating more jobs during the construction phase and once it is complete.

“We can have a food truck at the station, for example. It’s really a boom across the country. We can make it work here in Arkansas,” Billingsley said.

The race for prosecutors for the 4th district intensifies

Unger and Billingsley said they advocated changes in taxes. Unger hopes to get rid of state income taxes.

“What you would see then is basically an economy blowing up, there are a lot of ways to raise money other than an income tax,” Unger said.

Billingsley wants to cut the sales tax by two cents, saying his district is suffering from inflation.

Another item each candidate considers is how to improve education in the area. Unger wants to create more opportunities for vocational students, which he says is where he will focus most of his energy.

Billingsley wants to find ways like solar-powered schools to cut costs and give teachers raises with the money saved.

Irwin thinks broadband expansion and school staffing are most important, saying the pandemic has shown the region the resources the school needs. She also thinks the schools need more support staff.

Another area where Irwin wants to make improvements is in the state’s veterans homes and access to affordable health care for the aging population.

Overall, each nominee is thrilled to represent an area they’ve been around for a long time and love.

TGIF: The news overview and the open line